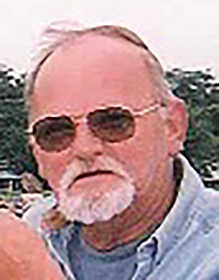 Roger was born in Iowa, but moved to live with his father in California at a young age. He graduated from Yucaipa High School while living in California. He served in the United States Army during the Vietnam era, earning two purple hearts for his service there. After the Army, he moved to Missouri where he settled in the El Dorado Springs area working for many years at KAMO.

Roger was married to Vicky Marie Price for several years. She passed away Nov. 16, 2011. Roger later moved to Nevada, where he worked at Nevada Self Storage. He worked there for more than 20 years. He was a member of BPOE No. 564 Elks Lodge, in Nevada, a past member of the El Dorado Springs Elks, and an active member of the American Legion in Nevada. Roger enjoyed fishing, gardening and landscaping, playing softball, bowling and was once in a pool league.

Memorial services will be held at 11 a.m., Wednesday, Feb. 5, at Fort Scott National Cemetery in Fort Scott, Kan., with the Rev. Mark Mitchell officiating. Visitation will be held Tuesday, Feb. 4, from 6-7 p.m., at Ferry Funeral Home.

Contributions may be made in his memory to the American Legion in Nevada in care of Ferry Funeral Home.