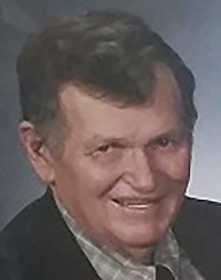 After John's mother passed away in 1946, the family moved to Bates County to be near his father's family. He was a graduate of Metz High School Class of 1956. He entered the National Guard and served approximately 12 years, working at Camp Clark during most of his military time. After the National Guard he worked for a time locally at Ogle Grain. The family then moved to Fulton and later Harrisonville, where John worked at Lake City Ammunition, Burris Ford and owned the Standard Station. He retired as a heavy equipment mechanic and truck driver after more than 30 years with Ellis Construction in Independence, Mo.

John was a member of the Ararat Shrine in Kansas City, the Masonic Lodge in Harrisonville and the Cass County Wildcat Shriners motorcycle group. He was an active supporter of the Liberty 4-H and was an FFA sponsor also. He and Marilyn played Santa and Mrs. Claus at many retail stores and family events through the years. He enjoyed rodeos and always had a love of animals. For several years he and Marilyn operated Fritts Funny Farm, a traveling petting zoo.

Funeral services will be held at 2 p.m., Wednesday, May 7, at Ferry Funeral Home, Nevada. Interment with military honors will follow at Newton Burial Park, Nevada. He will arrive at his final resting place being carried by a horse and carriage provided by his son Rusty's business -- Rusty Carriage Company. The family will receive friends from 6-8 p.m., today, at the funeral home.

On Thursday, May 8, a celebration of life will be held at High Point Arena, in Holt, Mo.

Contributions may be made in his memory to the Shriner's Hospital in St. Louis, in care of Ferry Funeral Home.