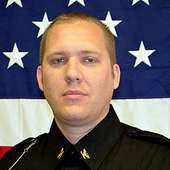 Law enforcement is a story of numbers

Awhile back someone asked me what they needed to start studying if they wanted to get into law enforcement someday. I named off a few of the obvious subjects, criminal law, civil law, the Constitution, but was quick to also add, English, grammar, and math to the list. I then explained how much writing a law enforcement officer does, and how much of our attention is placed on some type of numbers every day.

He was very surprised to hear that numbers or math had much to do with our job and said he was not much of a math or numbers person. As Sheriff, a large amount of information I view each day is numbers. From statistics, to the jail population, to the budget, information through numbers is a big part of my day. I thought I would take this opportunity to review some of those numbers and why they are so important to me and the Sheriff's Office.

* 21,159 -- This is the first set of numbers in my storyline, and this is where it all starts. As the County Sheriff, my job is to serve and protect the citizens of Vernon County to the best of my ability. This is how many people are reported to have resided in our county during the 2010 census.

* 17 -- Seventeen is the amount of full-time commissioned deputies with the powers of arrest we have to serve and protect the 21,159 people in our county. This includes several deputies that work part of their week in the jail and part on the road to help maintain 24/7 coverage on the road. That is one deputy for every 1,244 people. And I am very proud of the job they do!

* 14 -- Fourteen is the number of patrol vehicles the 17 deputies have to patrol the county.

* 837 -- This is how many square miles we are responsible for patrolling. This also makes Vernon County one of the largest counties in the state of Missouri when it comes to square miles.

* 55 -- Every 55 hours a law enforcement officer is killed in the line of duty. With a county as large as ours, a deputy can often be 20-30 minutes away from back-up, making his or her job even more dangerous.

* 4 -- The number of homicides in Vernon County last year, and that is four too many.

* 12 -- Twelve is the number of detention officers (including the few that also cover some of the road) that maintain our county jail.

* 60 -- The average number of Vernon County inmates we have on any given day.

* 100 -- The average amount of total inmates including those we house for other counties. That is 8.3 inmates for every 1 jailer. The inmates housed for other counties is how we raise some of the money needed to maintain enough vehicles and deputies to keep 24/7 coverage on the road and help pay the cost of housing the other 60 inmates from our own county.

* 43.3 -- This is a staggering national percentage of how many offenders will become "repeat offenders" once they are released from jail.

These are some of the numbers that I have written on the board in my office that we update every day. They tell a story that most people do not see, and one that most cops do not want to read. But no matter what the numbers say, good or bad, we will always give the citizens of Vernon County our best, and be proud to serve in a place we call home.