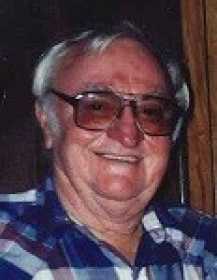 Jim grew up east of Milo where he lived with this grandparents Earl and Nellie Garrett. He attended both Frasier and Milo schools. Soon after his school years he joined the United States Air Force to serve our country. Upon completion of his military duties he settled in Kansas City, Kan. For 35 years he worked as a truck driver for Shock Transfer and upon his retirement from there returned to Vernon County.

When time allowed he enjoyed playing cards and going to the casino. But one of his greatest enjoyments in life were road trips -- anytime -- anywhere. He was a member of the Fraternal of Eagles in both Nevada No. 3770 and El Dorado Springs No. 4279.

Memorials in Mr. Garrett's memory are suggested to the Fraternal Order of Eagle No. 4279, in El Dorado Springs, in care of Ferry Funeral Home.