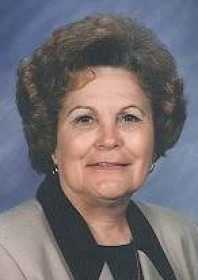 The Strifler family, including Bertha and Irene, migrated to Vernon County, Mo., in 1931. Irene graduated from Nevada High School in 1945. Following graduation she and Stanley lived in Kansas City, Mo., and Pine Bluff, Ark., before settling in Nevada to work and raise their family. Irene worked professionally as an accountant for more than 20 years in the Nevada area. She was a lifelong member of the First Christian Church. She was an avid bowler, enjoyed playing many card games, quilting, cooking, gardening, and all things associated with family activities. After Stanley's death on Jan. 30, 1989, Irene moved from the family farm to a home in town, and subsequently married Harlan D. Haines in 1993. She lived in Belton, Mo., until Harlan's death on Jan. 24, 2005, and then returned to make her home in Nevada.

Irene and Stanley were the parents of three children, Loretta Hacker of Rich Hill, Mo., Charlotte Brown of Diamond, Mo., and Steven Lyon of Raymore, Mo. They have six grandchildren, Traci (Johnston) Land of Katy, Texas, Charla (Brown) Geller of Stella, Mo., Russell Johnston of Omaha, Neb., Casey (Brown) Gaines of Springfield, Mo., Brittney Lyon of Nevada, and Steven Lane Lyon II of Raymore, Mo. Together they have nine great-grandchildren. She is also survived by her siblings, Harold Strifler of Kansas City, Mo., and Ramona Godsey of Springfield. In addition to Stanley and Harlan, she was also preceded in death by her parents; and her sister, Bertha Burch.

A family visitation will be held on Thursday, April 30, from 1 to 3 p.m., at Ferry Funeral Home, in Nevada. A graveside service will follow in Newton Burial Park, in Nevada.

Memorial contributions may be made in her memory to the First Christian Church or the American Heart Association in care of Ferry Funeral Home.