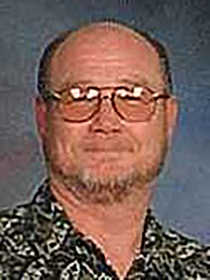 Thomas Edwin Ketterman, 66, of Nevada, passed from this life on June 24, 2015, at his home. He was born May 30, 1949, in Nevada, the son of Charles H. and Reba Jean (Robison) Ketterman. On July 26, 1969, he was united in marriage to Virginia Ann (Piersma) Ketterman and she survives of the home. Their union was blessed with three children.

Tom grew up in Nevada then lived for a time in El Dorado Springs where he attended school during his early years. Around the time of his early teens, the family relocated to the Canton, S.D., area where he graduated from his school. He then served our country as a member of the United States Army during the Vietnam Era where he was awarded the National Defense Service Medal, Vietnam Service Medal, Vietnam Campaign Medal, and the Army Commendation Medal. He and Virginia eventually made Nevada their permanent home and Tom began employment with 3M Company, working there for 34 years until his retirement. He was of the Baptist faith. When time allowed he was known to be an avid hunter and fisherman. He also spent as much time as possible with his beloved family and enjoyed every minute of the many sports activities of his grandchildren.

Aside from his wife, Virginia, Tom is survived by his children, Mike Ketterman, Matt Ketterman and wife, Erin, and Jenna Hill, all of Nevada; grandchildren, Lane Ketterman, Tyler Ketterman, Drake Ketterman, Nathan Hill, Trent Hill, Allie Dahmer and Addison Dahmer; siblings, Charles R. Ketterman and wife, Tammy, of Dayton, Wash., and Jeanne Erickson and husband, Dennis, of Humboldt, S.D.; and nieces, nephews, cousins, along with other extended family members. He was preceded in death by his parents; and an infant sister, Katherine.

A celebration of life will be held at 11 a.m., Tuesday, June 30, at Ferry Funeral Home, with the Rev. Mark Mitchell and Chaplain Dennis Painter officiating. The family will receive friends from 5 to 7 p.m., Monday, at the funeral home. Interment will follow at a later date in the Fort Scott National Cemetery.

Contributions may be made in his memory to the Jack Spangler Scholarship Fund or Vernon County Cancer Relief in care of Ferry Funeral Home.