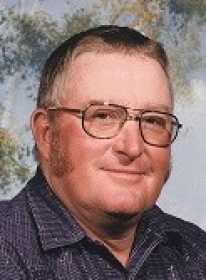 Bob L. Clinton, 81, of rural Walker passed away at his home, Monday, Aug. 17, 2015. Bob was born July 3, 1934, in Nevada, Mo., the son of George Bush and Orpha May (Smith) Clinton. At an early age he moved with his father to the Horton area where his grandparents and father raised him. He attended Humble grade school. At the age of 12, his father married Sarah Martin. Bob graduated from Nevada High School in 1952 and married Laura Hazelwood on Dec. 23, 1954, in Nevada. The couple lived in Los Angeles, Calif., for a year, returning to the Walker area where Bob raised hogs and cattle, and farmed.

Bob also drove a road grader, and school bus for Walker and was a past president of the Walker Township Road Board. His passion's in life was his family, especially his grandchildren and great-grandchildren, who he enjoyed giving rides to on the four wheeler. He also loved the good simple country life and all that came with it; hunting, fishing, tinkering with toys, fixing the farm equipment, and everything else that needed his attention.

Graveside funeral services will be at 10 a.m., Thursday, Aug. 20, in the Mount Pleasant Cemetery, Dederick, Mo. Visitation will be held from 6-7 p.m., Wednesday, in the Ferry Funeral Home Chapel.

Memorials may be made to Northeast Vernon County School District in care of Ferry Funeral Home.