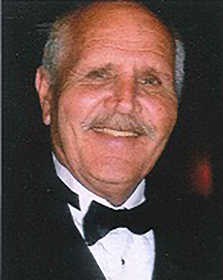 Wylie grew up in Las Vegas and later in California where he graduated from Venice High School. After high school Wylie served his country for two years in the United States Army from 1968-70, in Vietnam, where he received a Bronze Star. While in Vietnam, Wylie served with the Big Red One in the 1968 Tet Offensive. Following his service Wylie served in the Army Reserves for one year and then in the Army National Guard for 28 years before retiring in 2005.

Wylie worked for Pacific Bell in California until he moved to Missouri. At that time he was employed at Century Tel for a number of years and then later at KAMO in Vinita, Okla., for 31 years until his retirement. Wylie was an officer in the Joplin Elks No. 501. He was a resident of Newton County for more than 30 years.

In addition to his wife, Susan, survivors include five children, Jay Wylie Boatright and his wife, Jana, Washington, Jenny Morrison and her husband, Curtis, Washington, Tennille Lundien and her husband, Chance, Miami, Okla., John Neal and his wife, Jessica, El Dorado Springs, Mo., and Gary Neal and his wife, Cindy, Liberal, Mo.; 14 grandchildren; and several nieces and nephews. He was preceded in death by his parents; two brothers, Bob Fowler and Jack Mears; his stepsons, Jesse Neal and Kris Neal; and one granddaughter, Shaeliegh Neal.

Funeral services will be held at 1 p.m., Saturday, Sept. 5, at Ferry Funeral Home, with the Rev. Jack Daniel officiating. Interment with military honors will follow in Newton Burial Park, Nevada. The family will receive friends from 5 to 7 p.m., Friday, at the funeral home.

Contributions may be made to the American Cancer Society in care of Ferry Funeral Home.