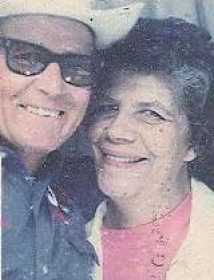 Barbara Jean Falls, 76, of Lamar, Mo., passed from this life on Oct. 25, 2015, at Mercy Hospital, in Joplin. She was born July 5, 1939, in Rayville, Mo., the daughter of George Lee and Dorothy Mildred (Raw) Phillips. She has spent the last 28 years with her companion and the love of her life, George Leroy Puckett, and he survives of the home.

Barbara grew up in central Missouri and after her school years enjoyed living in Illinois and Indiana where she worked as a nursing home caretaker. She was later employed at the State Hospital in Marshall before relocating to Nevada where she worked at the Nevada State Hospital until her retirement. She then decided to return to work for a time and spent several years employed at Thorco in Lamar. When time allowed she enjoyed flower gardening, music, and always had a special place in her heart for horses.

Graveside services with interment for Barbara Jean Falls will be held at 10:30 a.m., Thursday, Oct. 29, at Moore Cemetery, in Nevada. Visitation is scheduled from 7 to 8 p.m., Wednesday, Oct. 28, at Ferry Funeral Home, in Nevada.

Contributions may be made in her memory to a fund for the family in care of Ferry Funeral Home.