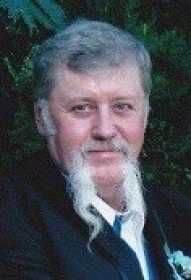 Floyd was raised in Michigan later moving to Ft. Meyers, Fla., where he owned and operated American Auto Body Shop specializing in auto body repairs. He later moved to Sheldon and worked in Lamar for Gilkeys. In 1998, he opened Floyd's Place in Sheldon which he operated for 17 years until ill health forced his retirement. Floyd was a devoted husband, father and grandfather. He was known by so many in the Sheldon area as "Pops" and "Grandpa."

In his spare time Floyd enjoyed a variety of interests which included reading magizines, collecting old cars, bowling, golf, fishing, and was an avid pool player.

Funeral services will be held at 10 a.m., Saturday, Dec. 5, at First United Methodist Church, in Sheldon, with Pastor Wayne Coble officiating. Interment will follow in Sheldon Cemetery. The family will receive friends from 5:30 to 7 p.m., Friday, at the funeral home.