City is ready for icy weather 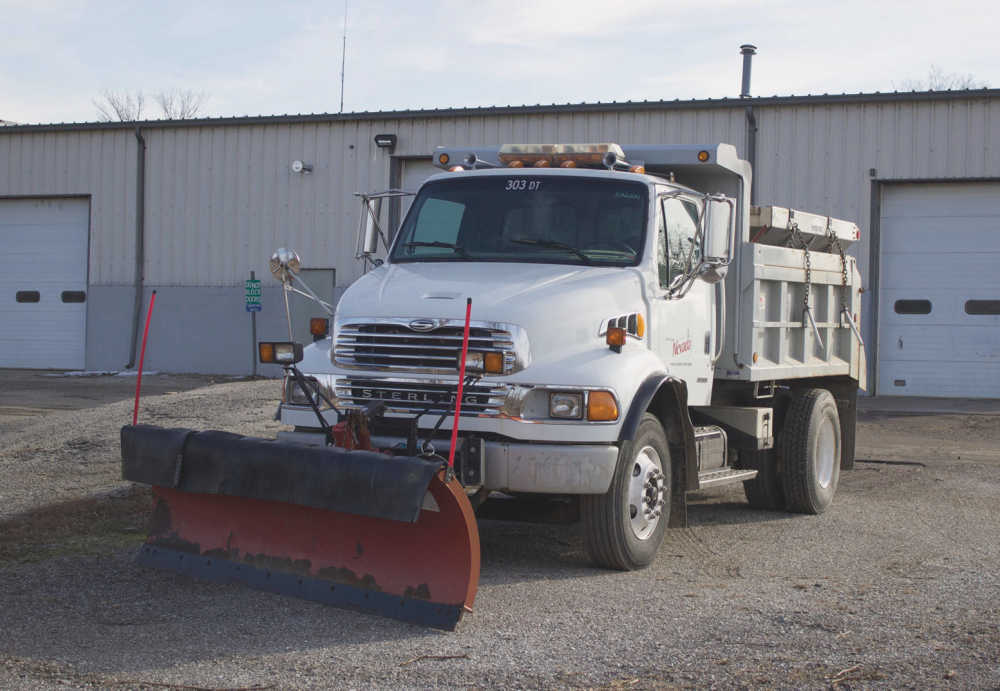 One of the city's trucks with a snow plow and a salt bed. Noah Jones/Daily Mail

When the snow hits, that is when the city of Nevada Public Works department hits the streets.

"Usually we try and do the area around the Square in the morning or at night when the traffic is lower," Tom Hutchison, field operations manager of public works said.

"There is not a lot of preparation for the city of Nevada's streets," Hutchison said.

"Really, there's not a lot we can do [until snow falls]. We just make sure we have our trucks and salt beds fueled up, greased and ready to go. To prepare, we're not really like the state where they go out and pretreat. We don't really have a lot of pre-treating to do. Ours is kind of when it hits, we watch out for hills and curves and stop signs. Things as far as emergencies, things around the hospital, ambulance, emergency crews and of course the police department."

The public works department has 13 on their crew armed with 250 tons of slurry chat, 90 tons of salt, and six trucks, four with salt beds to fight difficult driving conditions. Hutchison said his crew couldn't do much work without snow sticking to the ground first.

"What we do is we put down a slurry chat, which is really fine rock chips. We mix that with salt, sometimes we do a one to three ratio," he said. "It's really not a lot of prep work."

When snow does come down fast enough to stick to the road, Hutchison said that while getting all city roads is the goal, roads with hospitals and main roads take priority. While Hutchison has been the field operations manager since August, he said this is the strategy the public works department has used since he started working for them more than 15 years ago.

"We work on the hot spots, kind of like phase one, phase two," he said. "The major streets -- I mean they're all major, but especially the ones like the hospitals, and then we move on to secondary and third. We want to be at all of them, but we can only be there at separate times." Hutchison went on to say his crew divides the town into quarters and have four trucks out at one time.

"Once they get done with their section, [the crew] will call around on the radios to help out others. The other two trucks will plow the streets." 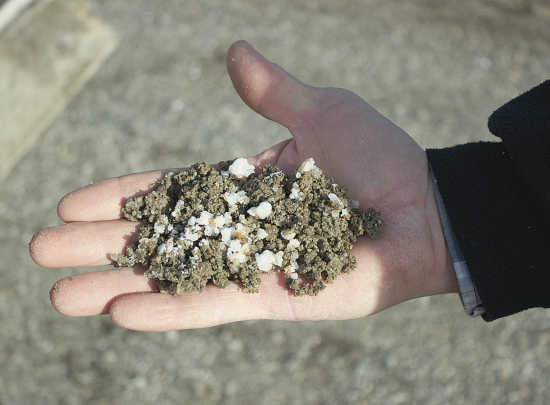 A mixture of slurry chat, a corse rock mixture and salt is what the city of Nevada uses to help melt snow and give cars traction on icy roads. Noah Jones/Daily Mail

"The main thing is just trying to get our emergency crews so they can get to [the icy streets]. The police department is really easy to work with too. You know it's 2 or 3 o'clock in the morning and they'll call us, and we'll get moving."

Hutchison said people who do not need to be out on the streets during winter hazard should stay off the roads because it is unsafe, and it delays his crew's ability to get the roads back to being drivable.

"If the roads are bad, if you don't have to get out, you should stay home. Even though I know it is fun to go out and look to see what happens. Sometimes it's even a hazard to get out and clear the roads to get past," he said. "If they are out, and they hit a ditch, that's another hazard we have to watch for -- stay home is the best thing to do."