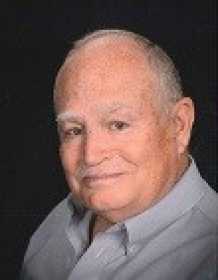 Retired former Nevada Fire Department Captain, Ernest Hugh Sitz, 75, of Nevada, Mo., passed away Thursday, Jan. 14, 2016, at the Moore-Few Care Center, in Nevada. He served the Nevada and surrounding area as a firefighter for 34 years until his retirement in 1996. He was born July 18, 1940, in Russell, Kan., the son of Louis Herman and Ruth Mae (Sloan) Sitz. On Aug. 27, 1960, he was united in marriage to Julia Ann DeWald and she survives of the home. They met when both were 17 at a birthday party of Ernie's best friend.

Ernie graduated from Gorham High School in Gorham, Kan., in 1958 where he excelled in football, basketball, and baseball. After graduation he worked for a time at a local body shop before moving along with his parents and family to Nevada in early 1960. After he and Julie were married he worked at another body shop in the Nevada area before beginning employment with the Nevada Fire Department in 1962. He also continued working on cars until his department work became full time. He loved to race cars and motorcycles, and loved horses and playing polo. He also had a great love of fishing. He was a longtime member of St. Paul Lutheran Church, of Nevada, joining the church in 1962.

A memorial service for Ernest Hugh Sitz is scheduled at 10:30 a.m., Tuesday, Jan. 19, at St. Paul Lutheran Church, in Nevada, with Pastor Chris Deines officiating. Interment will follow in Newton Burial Park at a later date.

Contributions may be made in his memory to the St. Paul Lutheran Church in care of Ferry Funeral Home.