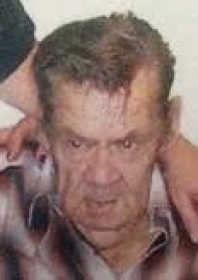 John was raised in Kansas City. At age 17 he entered the United States Navy serving from 1955-59 as a ship engineer on the U.S.S. Princeton during the Korean Conflict. Following his time in the service he returned to Kansas City for a time to care for his mother and worked at American Bakery as an engineer for a number of years. He later worked for Hasbro-Tonka Toys in El Paso until his retirement in 1998. At that time he settled in Nevada, returning to his home state of Missouri.

Funeral services will be held at 1:30 p.m., Wednesday, Jan. 27, at Ferry Funeral Home, in Nevada. Interment with military rites will follow in Newton Burial Park, Nevada. The family will receive friends from 5 to 7 p.m., Tuesday, at the funeral home.