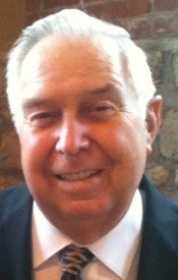 Paul graduated from Nevada High School Class of 1961. He operated Perrin Construction Co. for more than 35 years until his retirement in 2006. He enjoyed traveling and going to Florida for the winters.

Funeral services will be held at 10:30 a.m., Thursday, Sept. 8, at Ferry Funeral Home, Nevada, with Pastor Wayne Coble officiating. Interment will follow in Balltown Cemetery, Horton, Mo. The family will receive friends from 7 to 8 p.m., today, at the funeral home.

Contributions may be made in Paul's memory to the Sheldon Methodist Church in care of Ferry Funeral Home.