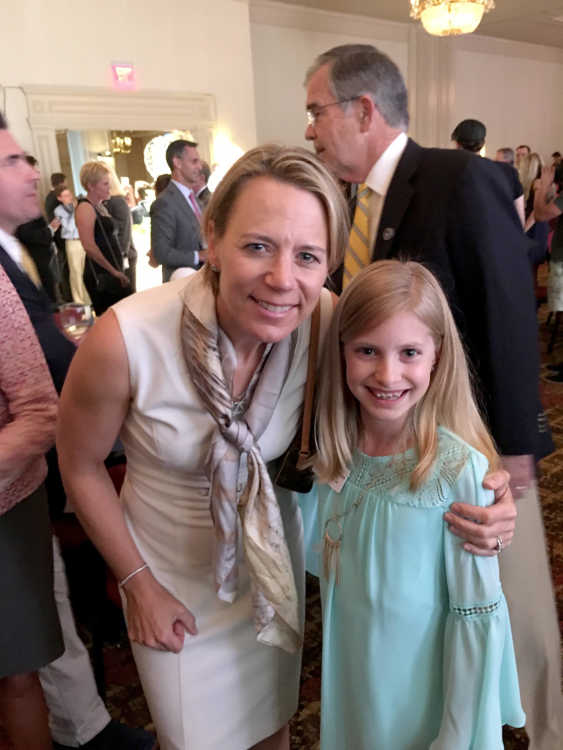 Fresh off her triumphant appearance at Augusta National Golf Course, Nevada 9-year-old Emree Cameron has returned to the links, winning a U.S. Kids Golf event by six strokes. Cameron, who dominated the competition April 15 at Grand Summit Golf and Country Club in Grandview, Mo., concluded play with a 1-under-par 35, a round that included four birdies.

A fourth-grader at Truman Elementary School, Cameron said she is driven to succeed by the “Win Green Campaign.”

Win Green, according to its Facebook page, is a non-profit organization in which 50 elite youth golfers from around the world raise money through their play on the golf course for pediatric cancer awareness.

Media attention leading up to the Drive, Chip, and Putt National Finals, as well as the campaign discussion by Rich Lerner via the Golf Channel, propelled Cameron’s fundraising total to nearly $8,000, including a corporate sponsorship from Kansas City-based H&R Block. Reaching $8,000 is a significant sum, well exceeding Cameron’s original goal of $2,000.

At Augusta National, site of the Masters Tournament, Cameron led the girls 7-9 year-old division after the drive portion of the competition, ultimately finishing in third-place. 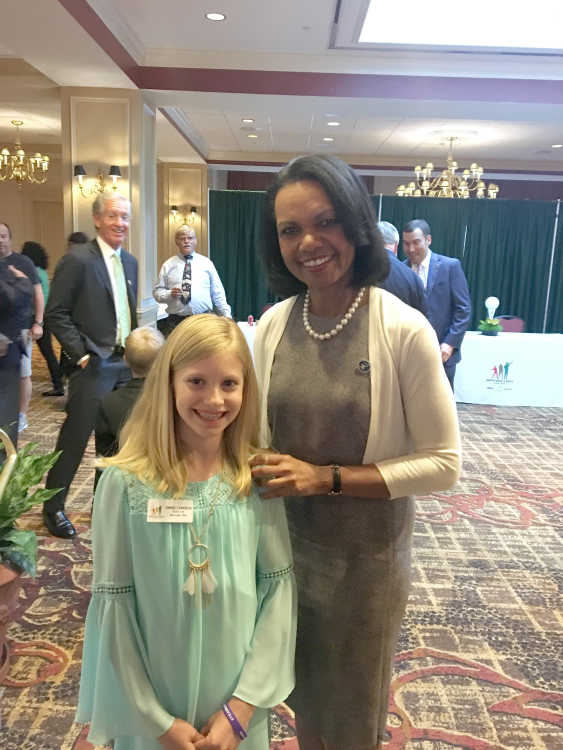 Emree Cameron flashes a big smile while posing with former U.S. Secretary of State, Condoleezza Rice. Rice, who served as Secretary of State under George W. Bush from 2005-09, is one of only two female members of Augusta National Golf Club.
Submitted photo

Cameron, along with 49 of her peers, utilize their golfing talents to raise money for the Sadie Keller Foundation and St. Jude’s Children’s Hospital.

“One of the great things the Sadie Keller Foundation does is deliver ‘Milestone Gifts’ to cancer fighters all over the U.S.,” said Emree’s father, Eric Cameron. “We, as a family, fell in love with the Foundation when we visited Dallas this past winter and spent an evening with Sadie and her family. Having lost her grandmother, Loretta, to cancer, Emree has no problem speaking about the campaign.”

Eric added that his daughter has had life-changing experiences while meeting pediatric cancer patients.

“This cause is really what has been driving Emree and us,” Eric said, referring to his wife Amy and 7-year-old son, Ty.

“Having met Sadie Keller in February, Cason Crow last summer, and learning more about what these kids go through to live –– and having a family member fight cancer from the beginning to the end is why we, as a family, hold this cause close to our hearts.”

According to Eric there are two ways to raise money through the Win Green Campaign: the first is through a “pledge donation,” tied to a player’s performance, the second is a one-time donation in which the golfer speaks on behalf of the cause. Cameron has chosen the latter.

The 2017 campaign kicked off in mid-March and is set to conclude Aug. 1 at a banquet prior to the U.S. Kids World Championship in Pinehurst, N.C.

“I love being able to use my talent to help kids that have cancer,” said Emree. “It means a lot to me because my grandma had cancer and passed away.”

In addition to the Win Green Campaign, Emree recently took part in a charity golf tournament April 22 in Lamar, and is slated for another such event in Omaha, Neb. 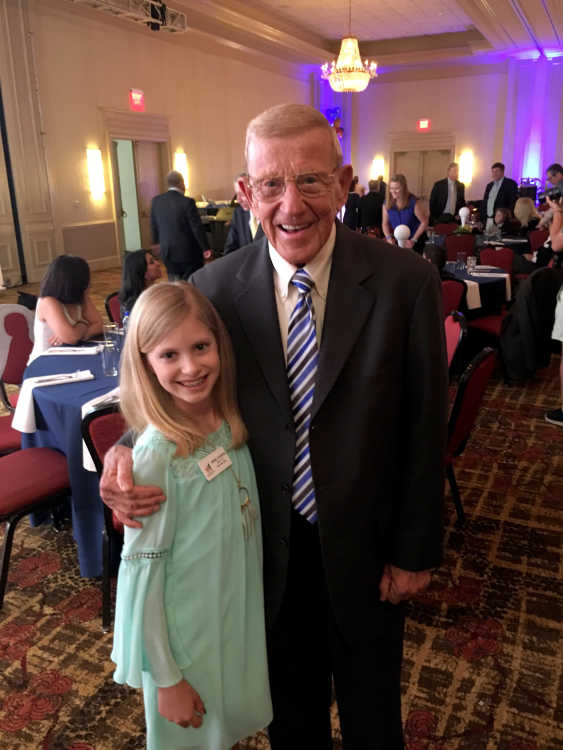 A month has passed since Cameron competed on the dream course, Augusta National.

“I feel like all the hard work that went into getting ready for such a big event paid off,” said Emree. “I plan on working even harder to get back next year.”

Emree is slated to compete in another Kansas City Tour event this weekend, held at Eagles’ Landing Golf Course in Belton, Mo.