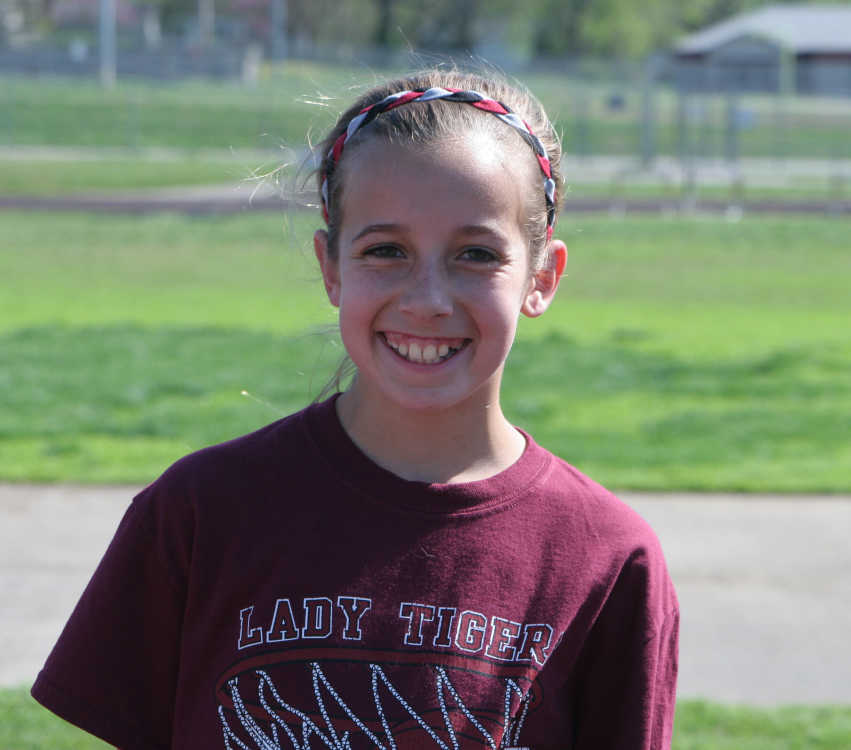 Nevada High School freshman Calli Beshore set new school records in the 1600 and 3200-meter runs at Friday’s West Central Conference meet in Warrensburg. Beshore, who was an All-Conference First-Team selection for placing first in the 1600-meter event with a time of 5:19.39, also earned second-team accolades for her second place finish in the 3200 (11:43.46) and 800-meter run (2:27.23).

The records set by Beshore, were ones she already owned, having earlier this year set the two-mile mark in Pittsburg (Kan.) and the one-mile mark in Nevada.

“We had some great performances from the Tigers at the very competitive conference meet,” said Nevada track-and-field coach Kirk Miller.