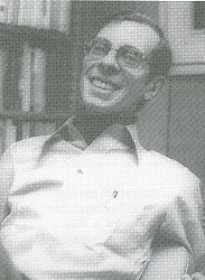 Dr. Charles C. Nash (a.k.a. “Chuck”, “Dr. Chuckie”, “Buzz” and “Dad”), teacher, writer, avid bibliophile and lover of Adventures of Huckleberry Finn, had a wonderful, funny sense of humor and an often quirky way of seeing the world. He loved teaching his students at Cottey College, practical jokes, reading The New Yorker magazine cover to cover, afternoons spent voraciously reading Cheever and Updike, egg foo yung, deviled eggs, Necco wafers, binge watching episodes of Law and Order, singing in the Methodist Church and Nevada Community choirs, blasting classical music and Hootie and the Blowfish at full volume in his study and renovating fixer-upper houses in his adopted town of Nevada.

Born in Cleveland, Ohio on Feb. 28, 1940, Chuck grew up in New Rochelle, N.Y., in his family’s beloved house on Normandy Lane. Attending NYU, he became smitten with Ginny Giacopasi while they were both in Herr Schmidt’s German class and they were married in New York on Aug. 1, 1964. Their matching senses of humor and values helped to create a life partnership that lasted 46 years until her death in November 2010.

Dr. Nash was a professor of American Literature at Cottey College from 1973 until his retirement in 2004, serving as the English Department chairperson for many years. Teaching classes in English Composition and literature, he was an enthusiastic teacher and relished showing his students the joys of literature – Henry David Thoreau, Ralph Waldo Emerson, Walt Whitman, F. Scott Fitzgerald and Mark Twain were some of his favorite authors. His passion for literature was contagious and many of his students kept in touch with him long after they had graduated.

He and Ginny nicknamed their house renovation enterprise “Stumble and Bumble” and enjoyed renovating and beautifying numerous houses in Nevada. You would frequently see Chuck on the roof, on a ladder, or painting one of their houses in the summer. He was civic-minded and active in the Optimist Club, served as president of the Nevada Public Library Board, and was the advisor of the Retrospect yearbook at Cottey College.

Chuck wrote weekly columns — “At Random” and “Musings” — for The Nevada Daily Mail newspaper for many years. Topics included everything from politics and the wars in Iraq and Afghanistan to how his daughter’s high school volleyball team was faring that week. As a die-hard Democrat in a largely Republican town, Chuck often challenged readers to consider a different perspective.

Always appreciative of a clever turn of phrase, Chuck and his daughter composed corny jokes for submission in magazine contests. He also coached her girls’ softball team for two years — the New York Yankees they were not — but he earned the admiration of parents and umpires with the sense of fair play, integrity and sportsmanship he required of his players.

Dr. Chuck Nash died peacefully surrounded by his family at his home in Nevada on Jan. 9, 2013. He is survived by a sister, Beverly Nash, of Columbus, Ohio, a daughter, Jessica Nash, of New York City, cats Ditto, Bette and Harry of Nevada and Boots of New York City.

Take time to read a good book today and be kind to your fellow man (and woman) — Chuck would have liked that.

“If you want me again look for me under your bootsoles.

You will hardly know who I am or what I mean,

But I shall be good help to you nevertheless

And filter and fiber your blood.

Failing to fetch me at first keep encouraged,

Missing me one place search another,

I stop somewhere waiting for you.”