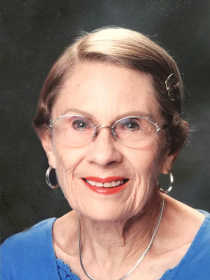 Susanne Martin Burks, a 1948 Nevada High School graduate, died on June 15, at age 87, in Parkland, Fla. Her son, Dr. Randy Burks of Parkland, Fla.; daughter, Julie Forbes of Tucson, Ariz.; five grandchildren; and one great-grandchild survive her. She was preceded in death by her mother, Madalyn Ewing Martin; and step-father, Dr. Forrest L. Martin, of Nevada; and by her husband of 56 years, William F. “Bill” Burks, also a 1948 graduate.

Susanne was born March 11, 1930, in St. Louis, Mo., and grew up in Nevada. She graduated from the University of Missouri with a Bachelor of Journalism in 1952. The family settled in Albuquerque, N.M., in 1964 and she resided there until 2016. Her journalism career spanned more than 50 years beginning at age 13 as co-author of a column for the Nevada Daily Mail and ending with her retirement in 1996 after almost 25 years as a reporter for the Albuquerque Journal. A private memorial service will be held in Albuquerque. Memorial donations may be made to the charity of your choice.