Busy at the collector’s office 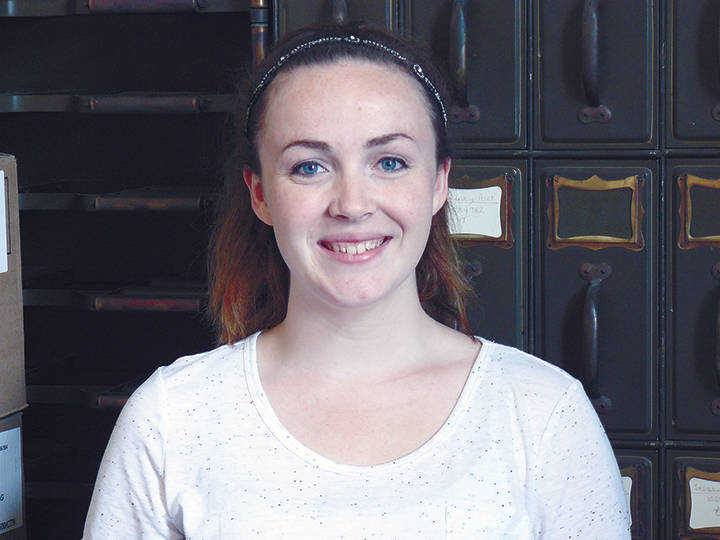 Brent Banes, Vernon County collector, spent his lunch on Tuesday reviewing what is going on in his office. Among various items, he introduced the new deputy collector and answered questions about the property tax sale on Aug. 28.

“Like many jobs, our office has a cycle of things which we work on over the course of the year,” said Banes. “And right now we’re focused on the upcoming sale of parcels which are three years delinquent on property taxes.”

Looking back at recent records, the collector said there are usually between 30 to 50 properties auctioned off on the courthouse steps on the fourth Monday in August. While there is still a month to go before this year’s sale, if it was held today, there would be 88 properties up for auction.

“Phil [Couch] (Banes’ predecessor) told me that the single thing which stressed him out more than any other was not December tax time but the tax sale,” said Banes.

Reasons for this begin with having to notify the present owners to give them a last chance to pay the delinquent taxes. Banes said the challenge is in locating some owners.

He was recently speaking with an owner who rented the property and the taxes were left to the renter and so the owner did not know the taxes were unpaid. In another situation, an owner had died and the family, located elsewhere, was unaware of the property, let alone the unpaid taxes.

“Phil was always fair with people,” said Banes. “I know for example of a parcel which had EPA (Environmental Protection Agency) issues and Phil made this clear to people before he opened the bidding. There are rules about these things and you have to watch yourself.”

The collector was asked if, after a parcel has been purchased at auction, the previous owner could pay the taxes and regain ownership.

Banes’ hypothetical example began with three years of back taxes — totaling $530.65 — on property owned by the Jones family. The cost of the title search came to $175. Together, this equals $705.65.

“If this had been auctioned off, the Jones’ would have a year in which to come to our office and not only pay the back taxes owed but also the title search fee plus ten percent of $705.65, which is $70.57,” said Banes.

Because the collector’s office contacts owners prior to the sale, the number who buy property back is small.

Said Banes, “But even if that happens, people figure it’s still worth taking a chance because you get back what you paid out plus you make 10 percent on your money, which isn’t bad.”

The collector continued his example. “If the purchaser at the auction, has not only paid the back taxes and a title search, but also paid the taxes on the property in the next year, then, if the original owner wants to get it back, he will also have to pay the buyer at the auction, eight percent interest on those taxes.”

Ninety days prior to the one year anniversary of the auction purchase, the buyer can have a title search performed and then, the day after the anniversary, the new owner can obtain a “Release of Taxes Certificate” (currently $27) and go next door in the courthouse to the Recorder of Deeds office and there perform the final act in the process, which is having the purchase officially recorded.

Asked for a breakdown in the number of properties to be sold this year, Banes said, as of Tuesday, his list included 75 on the list for the first time, five up for auction a second time and eight for a third time.

Banes was asked if he, as the county’s treasurer/collector, would be bidding on properties at the auction.

“By law, I cannot bid on such properties or do so at a foreclosure,” said Banes. “And so I can’t and I won’t bid or buy anything that way; it’s just not right.”

This year’s auction will take place on Monday, Aug. 28, at the south door of the Vernon County courthouse, at 10 a.m.

Crediting Paula Messner, the person in charge of the county’s geographic information systems mapping and technology services, Banes said that after the list is published in the Nevada Daily Mail on July 28, the parcels up for auction would be listed on vernoncountymo.org website for the public to review.

“This is the first time we’ve been able to do this and I want to thank Paula for helping us to do that,” said Banes. “Right now, people can pay their taxes online but they can’t print their receipt so we’re working with our software supplier to make that possible. We’re also looking into a Facebook page for our office in order to better reach and work with people.”

A graduate of the Nevada High School class of 2013, Hackleman came to the county from having worked part time as a teller at Great Southern Bank.

“I was looking for something full time and that left my Saturdays free to spend with my husband and son,” said Hackleman.

Hackleman’s son is a 10 month-old named Walker, while her husband — who works at 3M — shares her first name, Taylor.

“One of the things I really like about my job is there is so much to learn,” said the deputy collector. “It will take me a while to learn all of what I’m just responsible for. And we cross-train in this office so I will learn what the deputy treasurer, Ranea Schulze, does. And since we work closely with the assessor and county clerk, I will need to learn what they do as well. Some people would be intimidated by all that but that’s what really excites me about this job.”