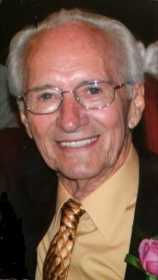 Ronald Lee Zaring went home to be with the Lord Tuesday, Aug. 29. He was greeted at heavens gates by his daughter, Kelli Jo McDuff and his parents Joseph Albert Zaring and Anna Eileen Zaring. He is survived by his wife Judy Zaring; and children, Michelle Briley and husband, Darryl Briley, and Devin and wife, Ronda Zaring; and his sister, Roberta Wagner.

Ron was born April 17, 1935. He grew up a country boy in Nevada, that was very spoiled by his older sister Roberta (Bert). His nickname by his mother was DRB (Darling Ronnie Boy). He spent his high school years tearing up gravel roads in homemade hot rods and skinny dippin’ in swimming holes. He loved playing swing music on his trumpet, dancing and anything Big Band. An Army brat, he loved his country and enlisted in the Navy on July 22, 1953, where he made some of his colorful memories. He joined the Submarine Service and served actively until July 19, 1957, when he was transferred to the Navy Reserves until 1962. He loved life on the road, had a magnetic personality, a passion for golf and having never met a stranger he naturally ended up in sales.

His career brought him to Phoenix, Ariz., where he met the love of his life Judy Zaring and her daughter Kelli. They were married July 11, 1963, and eventually made their way to Houston, Texas. He became a leader in the medical supply industry and emergency technical training. He joined Laerdal Medical in January 1985, where he excelled and forged many lifelong friendships until starting his own Laerdal service and distribution company, Manikin Repair Center of Texas in 1996.

Ron loved his two daughters Kelli and Michelle and his son Devin immensely. They returned his love by providing him with eight grandchildren Justin Briley, Meagan Briley, Daisha and husband, David Martinez, Shanna and husband, Jason Chaka, Landon and wife, Jaclyn McDuff, Angelina McDuff, Nichole Zaring and Joseph Zaring; and seven great grandchildren. He will be sorely missed by all who knew him and remembered by all who met him!

The funeral service celebrating his life will be held Saturday, Sept. 16, at 10 a.m. at Faith Assembly of God in Pasadena, Texas.