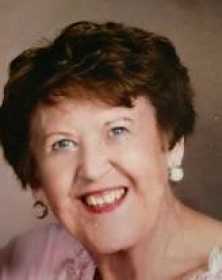 Pat’s father was in the Air Force and the family moved from California to Nevada where Pat graduated from Nevada High School Class of 1962.

On June 3, 1962, she married Lawrence E. Tally and the couple farmed southeast of Nevada for the past 55 years. She was an EMS Tech and volunteered at the Vernon County Ambulance Service. Pat was a member of the First Baptist Church in Nevada.

She enjoyed the country farm life, the cooking, the gardening, the flower beds and the chores. She will be remembered by her family as being dedicated and devoted to her Christian faith, her family and friends, as she was an inspiration to so many.

Memorials may be made in Pat’s memory to the First Baptist Church Children’s Fund in care of Ferry Funeral Home.