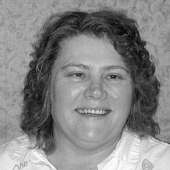 Hanging with the old gang

Hi neighbors. Last Saturday I attended my first high school reunion to celebrate 50 years since our graduation in 1967. Out of a class of 65 graduates, 31 showed up and with their partners, a total of 51 people attended the dinner.

I did not attend the annual Black Walnut Festival parade that afternoon. My class did participate by riding on a float in the parade. Sorry I missed it, but it just couldn’t work out.

My friend, distant cousin and classmate, Elaine, opened her home to me and offered to let me ride with her to the dinner to be held at 6 p.m. I got there on time and she drove us to and from the dinner. Since it was late, and dark, when we left the celebration, I stayed the night at her home. Her children, like mine, are grown so she had a couple of spare bedrooms.

We had a great time catching up on our lives and talking about the reunion. Elaine was my best friend through high school and although we had lost contact during all those “raising kids” years, I’m happy to say we are back to being best friends as if we had never parted.

While at the reunion I was too busy socializing to take photos. Several there were taking pictures and all said they would post many of them to their Facebook accounts. I suggested the organizers of the reunion start a page just for the reunion and post the pictures there so everyone could find them easily without going through several private pages.

I don’t think they are posted yet; at least I haven’t found them as of today. But I will keep looking!

We took a moment to have a candle lighting ceremony to remember those who had passed away. Altogether, our class of 65 has lost 14 members over the years. I guess that is about average for our ages.

Since I had never attended a reunion, I subconsciously kept looking for the faces I had gone to school with. I did recognize several of the older versions; but didn’t recognize more than I did. Some time or other we had all gotten old! One of the teachers attended and she didn’t look much older than we all did — that was an eye opener.

It was nice to find out that of the 31 classmates who attended the reunion, none had done hard time in prison and none seemed to have suffered obvious injuries from the Vietnam and/or Korean conflicts. The draft was still an issue in 1967; all 18 year old boys had to register and most got drafted for “not a war” military actions.

Unfortunately, many were there with their second spouses. Most of us were retired and had been gainfully employed all of our working lives. Many had remained in Cedar County after graduation, or returned there after their military duties were fulfilled, or following college.

Two of my good friends were still very active in church missionary work and in speaking to youth groups and counseling abuse suffers and survivors.

One had given up a prestigious job opportunity due to her father’s ill health. She had chosen to stay home and care for him until his passing. I believe she said she now teaches part time at a college. She always had a wonderful musical talent and I’m certain she still maintains that, although she didn’t mention it.

I am proud to say that my class seemed to have done things right and have lived good, productive and happy lives. True we all still have several years left to make mistakes — but so far everyone appears to have succeeded.

There were no movie stars in my class; no millionaires among my classmates, no politicians and no one famous was there.

I am very happy to recognize that my classmates achieved success by being good, honest, hard working Americans. I don’t think any of us could have done better than that – or would have wanted to do anything different. Small towns are wonderful hometowns. And even if we don’t always recognize each other’s faces, it is true that everybody knows our name!

More from this columnist · Nancy Malcom