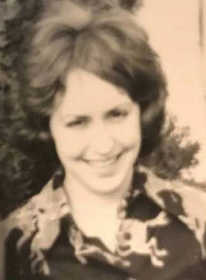 She was born on Nov. 13, 1947, in Independence, Mo., the daughter of William Elseworth and Margaret (Spalding) King.

Vickie graduated from Nevada High School in Nevada and had fond childhood memories of spending time with her dad in his jewelry store. She carried that knowledge and interest in jewelry throughout her life. She later graduated with a bachelor’s degree from Central Missouri State University in Warrensburg, Mo.

Vickie’s greatest passion in life was being a mother and raising her children. She will be remembered for her honesty, even if what she had to say wasn’t popular, and her deep love for animals, especially dogs. She enjoyed collecting antiques and was often seen with a Pepsi in hand.

She was preceded in death by her parents and; a granddaughter, Isabelle van der Meer.

A celebration of life will be held from 2 to 5 p.m. Sunday, Oct. 22, at the Pavilion of Memorial Park, 115 Memorial Park Drive, Jefferson City, MO 65109. All family and friends are invited to bring their pets with them because Vickie loved to share everything with animals.

In lieu of flowers, memorial contributions are suggested to the Heart of Missouri Humane Society, P.O. Box 1031, Jefferson City, MO 65102.