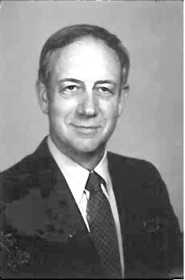 Jerry was born in Elkland, Mo., on July 22, 1936. He attended Springfield Public Schools through grade 12 then furthered his education at Southwest Missouri State University (BS in Education), University of Missouri (Masters in Education), and Pittsburg State University (Specialist in Education). After graduation from SMSU in 1959, he served his country as a lieutenant in the Army. He was stationed at Ft. Benning, Ga., from 1959-1961. He and Bobbie moved back to the midwest where Jerry was employed as the COE coordinator in Marshall Public Schools for five years before becoming the director of the vocational-technical school for two more. The family later moved from Marshall to Nevada where he opened the vocational-technical school (now Nevada Regional Technical Center) where he remained for 22 years until his retirement in 1994.

Throughout his life, Jerry enjoyed hotrods, baseball, fishing, hunting and scouting. Through scouts, he achieved the Order of the Arrow Distinction and became an honorary member of Mic-O-Say. He was a scoutmaster and often spoke of sharing the experience of Philmont Scout Ranch with his troop. Service to the community was a theme throughout Jerry’s life. He held lifetime memberships in the American Vocational Association, Missouri State Teacher’s Association and served as a board member and later president of the National Council of Local Administrators. He served on advisory boards for the Community Development Task Force, was a Private Industry Council original member, Missouri LINC State Advisory Committee, Nevada Economic Development Commission, State Leadership Academy Advisory Committee, Nevada City Electronic Board, Regional Solid Waste Disposal Task Force and the State Workforce Development Board. He served as a national board member and officer of the Vocational Director’s Association and was a past president of Hickory County Retired Teachers.

Jerry gave his time to many community projects including Nevada Bushwhacker Days. He was a member of the Kiwanis Club in Marshall and the Rotary Club in Nevada. He also served as president of the Nevada Chamber of Commerce. In 1996 he was named Citizen of the Year by the Nevada Rotary Club. He continued his life of service in Hickory County as a county representative to the Workforce Development Board. Later, he was appointed and elected to the Hickory County Health Board. Jerry helped spearhead the construction of the community columbarium located at Pomme de Terre United Methodist Church. He enjoyed taking classes at the church, belonging to Methodist Men, and sharing his experiences and exchanging fishing stories with pastors and fellow church members. He also greatly enjoyed family, neighbors and friends.

Memorial services will be held on Saturday, Oct. 28, at Pomme de Terre United Methodist Church, Hermitage, Mo., with full military honors under the direction of Hathaway-Peterman Funeral Home, Wheatland, Mo. Visitation will be held at 9 a.m. followed by a service celebrating his life at 10:30. In lieu of flowers, the family suggests donations to the following or to a charity of your choice.