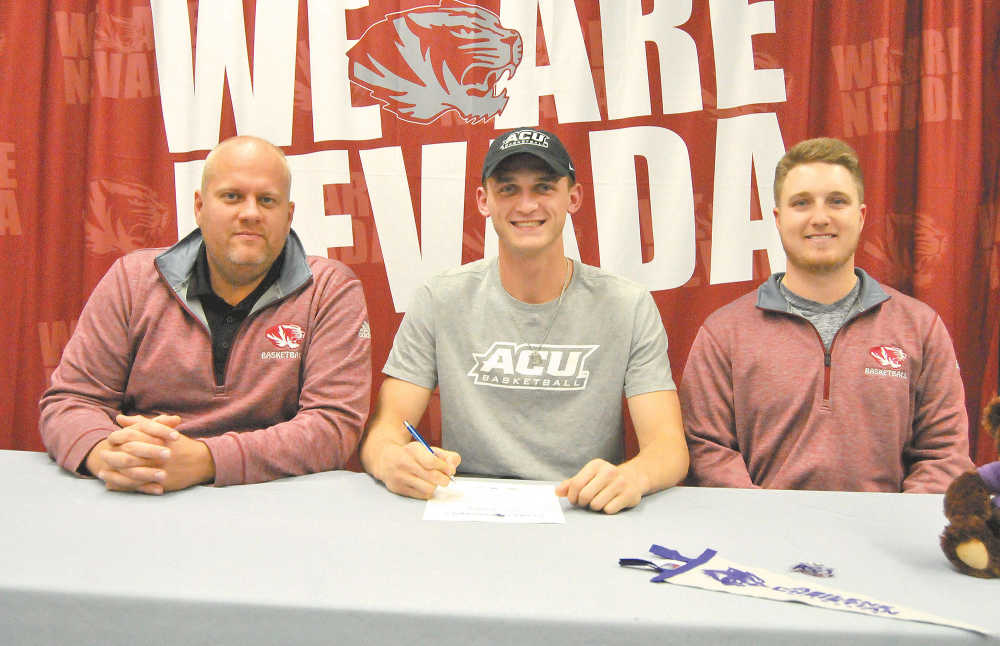 With a host of NCAA Division II basketball programs eager to make him the centerpiece of their recruiting class, Nevada High School senior Clay Gayman elected to go a different direction.

In front of a throng of his peers, NHS administrators, and teachers Thursday at the NHS Media Center Gayman inked a national letter-of-intent with the Division I Abilene Christian Wildcats.

Flanked by cousins and close friends Elijah Buttorff and Savanah Fleener, Gayman said he was “extremely nervous” just prior to putting pen to paper.

“Savanah was giving me a hard time that I was going to misspell my name and would need a new (letter-of-intent),” said Gayman with a wry smile. 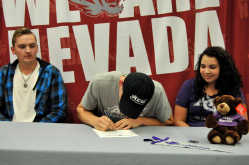 “I really appreciated all of my friends, family, classmates and everyone who came out to support me. It was nerve-racking, but it was also a great experience to get that weight off my chest and now get ready for the upcoming season.”

Gayman took his official visit to Abilene Christian the weekend of Sept. 30, at which point he verbally committed to the school. 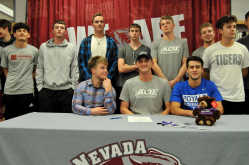 As part of the signing ceremony festivities, Clay Gayman is joined by teammates and friends.
Matt Resnick | Daily Mail

“The visit to Abilene Christian went really well,” said Gayman. “There weren’t a lot of bells and whistles. It came down to the difference between Division I and Division II college basketball, and having the chance to play in March Madness. And that was one of the important things in my decision.”

Gayman added that his campus visit to Abilene Christian was the first time he spoke with Wildcats head coach Joe Golding in detail.

“I felt really comfortable around him,” said Gayman, who averaged 24 points, 12 rebounds and three blocks per game last season for Nevada. “He was easy to get along with. He was very approachable, straightforward and blunt. I really admired that a lot; he wasn’t blowing smoke or anything like that. I believe he was very honest with me. Coach Golding told me if I continue improving the way I have been, he thinks there’s no reason I can’t go in and contribute as a freshman.” 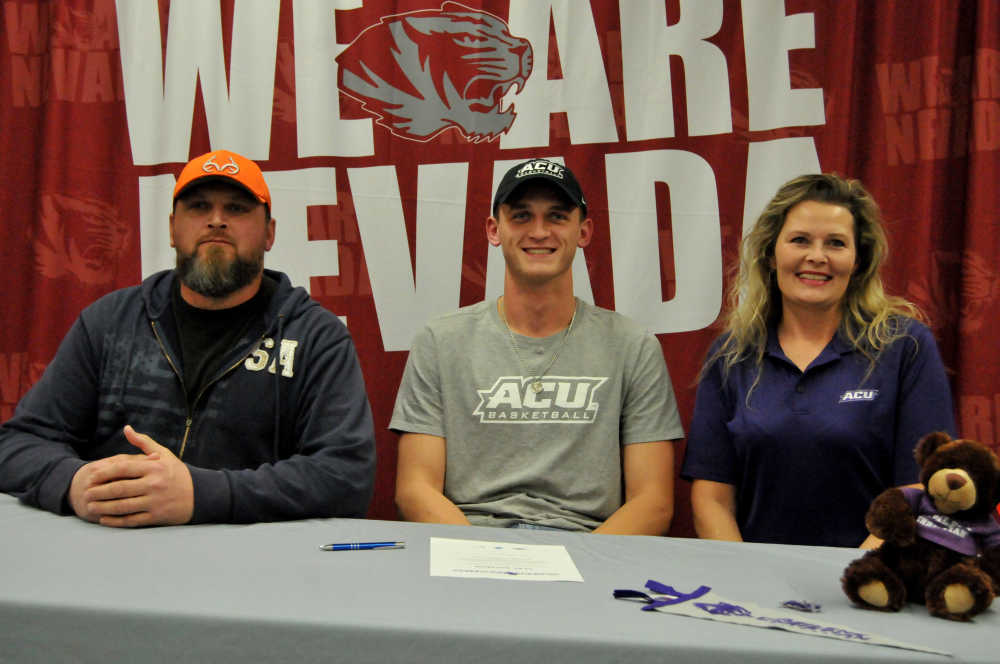 Abilene Christian made the jump to Division I in 2013, joining the Southland Conference, comprised of 13 schools in Texas, Arkansas, and Louisiana.

“ACU puts a premium on academics and Christian values,” said NHS head basketball coach, Shaun Gray. “They also want young men that are excited to buy in and continue to build their program up into a stronger contender year-in and year-out. Clay will excel in all of those areas.”