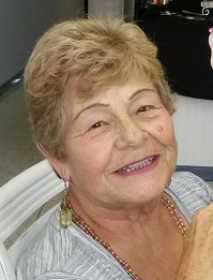 Norma Dean Short, 74 of Nevada passed away Saturday, Dec. 23, at her home following an illness of several months.

Norma was born May 4, 1943, in Nevada, the daughter of Robert and Hazel (Brundridge) Cargill. She grew up in Nevada and attended Nevada schools. She worked at J.C. Penny’s for 11 years and later for South West Psychiatric Rehab Center in Nevada and El Dorado Springs for 26 years before retiring. She married James Fanning in 1960 and he passed away in 1967, then married Bill Carrol in 1968 and later married Terry Short in 1983 and he preceded her in death in 2000. Norma enjoyed camping, fishing, gardening and rock hunting. She especially enjoyed family get-togethers and her dog Koko.

Funeral services will be 10 a.m. on Thursday, Dec. 28, in the Ferry Funeral Home Chapel with Brother Jerry Pyle officiating. Interment will follow in Lefler Cemetery in Harwood. Visitation will be from 5:30-7 p.m. today at the funeral home.

Memorials may be made to Vernon County Cancer Relief in care of Ferry Funeral Home.