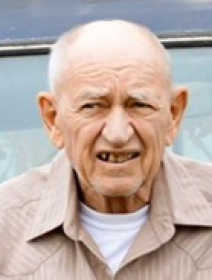 Merle Lawrence “Larry” Compton, 79, Nevada, passed away on Saturday, Feb. 3, at Moore-Few Care Center in Nevada following a lengthy illness. Larry was born July 29, 1938, in Horton to Mearl Ross “Jack” and Leota (Shields) Compton. He was united in marriage to Martha Ann Koehler on July 22, 1961, in Nevada and she survives of the home.

Larry grew up in Nevada and graduated from Nevada High School Class of 1958. Larry owned and operated his own trucking business, hauling grain for several years. Following that he and his wife owned and operated Phil’s Furniture in Nevada from 1979 until 2004. Larry also farmed nearly all of his life until his retirement. He was a lifetime member of Nevada Elks No. 564 and a member of the Southwest Missouri Team Penners Association. Larry enjoyed hunting, fishing, camping and boating.

In addition to his wife Martha, he is survived by his children, Mike Compton and his wife Carolyn, Sheldon, Carri Compton, Milo, and Melody Compton-Hogle and her husband Tim, Belton; and three grandchildren, Lane Compton, Morgan Compton and Steffan Ogle. He was preceded in death by his parents; one sister, Opal Turner; one niece and one nephew.

Funeral services will be held at 10 a.m. on Thursday, Feb. 8, at Ferry Funeral Home in Nevada with Pastor Roger Beach officiating. Interment will follow in Newton Burial Park, Nevada. The family will receive friends from 5:30 to 7 p.m. on Wednesday at the funeral home.

Memorials are suggested in his memory to Alzheimer’s Association or Hospice Compassus in care of Ferry Funeral Home in Nevada.