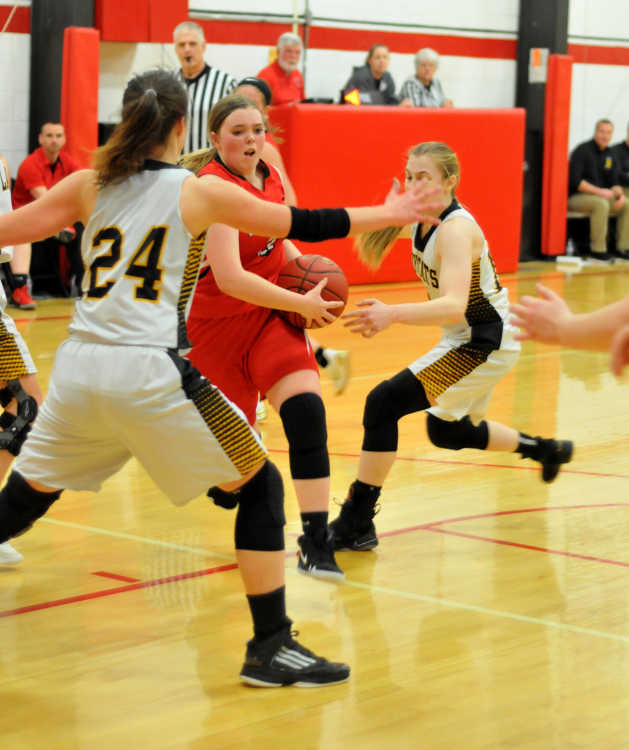 The Sheldon Lady Panthers season came to a close in the opening round of the Class 1 District 6 basketball tournament on Thursday in Hume, with a 53-28 loss to the top-seeded Drexel Lady Bobcats.

Sheldon, the tournament’s No. 8 seed, concludes the season 1-21 overall. The Lady Panthers trailed 29-13 at the half. Sheldon then opened the second half on a 6-0 spurt to trim the deficit to 29-19. Drexel senior guard Maddy Jones, however, caught fire, scoring seven quick points as Drexel used an extended 18-3 run to pull away for the 25-point victory.

Sheldon sophomore center Madyson Bogart concluded with a game-high 14 points, while Meckinize McCartney and Nici Hites combined for 12. Drexel (16-9) was paced by Maycie Mayfield’s 14 points, while Jones pitched in 13. Awaiting Drexel in the semifinals is No. 5 seed Bronaugh. See page 10 for full story. In other action Thursday night, No. 2 seed Montrose knocked off No. 7 Miami, as sophomore sensation Abby Vogel poured in a game-high 23 points. The victory advanced Montrose to Friday night’s semifinal match-up with No. 6 Ballard. 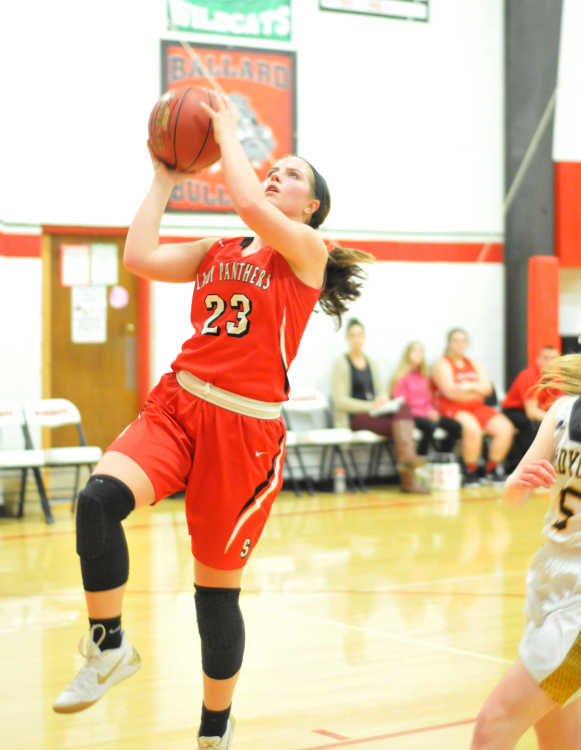 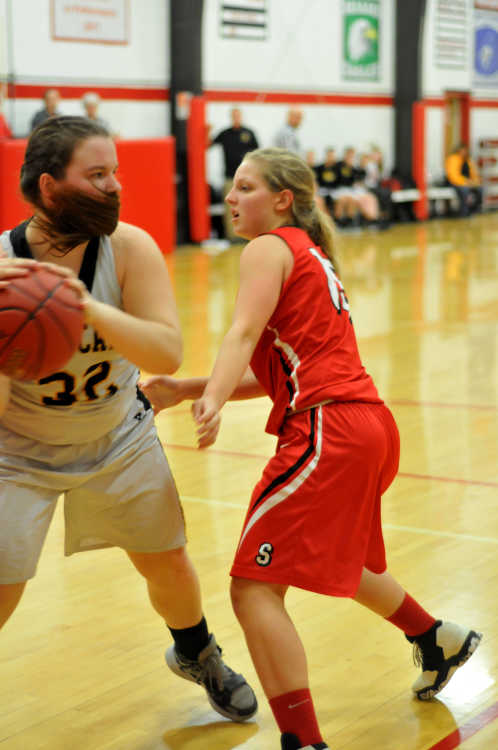