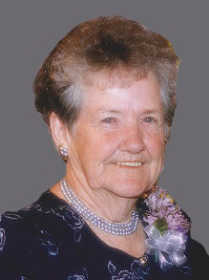 Frances was raised in Ray County, Mo., and attended school in Orrick, Mo., and has been a long time Schell City resident since 1958. Frances and Howard operated the Schell City Ledger and Rockville Leader newspapers for a number of years. She worked as activities director at Community Springs Nursing Home in El Dorado Springs from 1975-1978 and at Junior House (Nellie-Don) in Nevada from 1978-1982. Frances and Howard were instrumental in organizing softball and baseball associations in Schell City. She was a member of the Schell City Baptist Church.

Funeral services will be held at 2 p.m. on Thursday, March 1, at Northeast Vernon County Elementary School, Schell City. Interment will follow in Greenlawn Cemetery in Schell City. The family will receive friends from 6-7 p.m. on Wednesday, Feb. 28, at Lewis-Hoagland Funeral Home, Schell City.

Those who wish may contribute in Frances’s memory to Medicalodges of Nevada in care of Lewis-Hoagland Funeral Home.