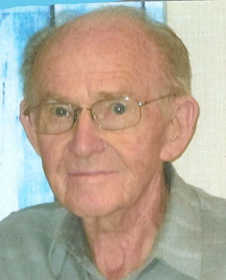 Joseph Franklin Clark, 89 of Nevada, passed away Feb. 26, in Nevada following a period of illness. Joe was born March 5, 1928, in Appleton City, Mo., the son of Guy Keeler and Winnie Mae (Majors) Clark.

Joseph graduated from Rich Hill High School with the Class of 1945. He was a World War II veteran serving with the United States Army Air Forces. He married Merriell Lee in August of 1953 and the couple ran a dairy operation on the family farm near Hume until he retired in 1990. He moved to Marionville, Mo., in 2005 where he lived until moving back to Nevada in 2017. Joe attended the United Methodist Church in Nevada where he attended the many church activities. He enjoyed years of traveling with his wife in their RV, playing golf and crafting stained glass. Joe will be remembered by his family as a hard worker who was devoted to his wife and family and one who really enjoyed life.

Memorial services will be 11 a.m. Saturday, March 3, in the United Methodist Church in Nevada with Pastor Sharon Freeman officiating. A private committal will be held in the Independence Cemetery, Hume at a later date.

Those who wish may contribute in Joseph’s memory to Rio Bravo Ministries in care of Ferry Funeral Home.