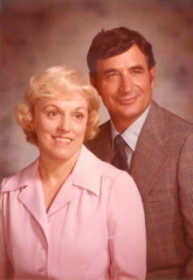 Bobby “Bob” Lewis Conley, 84 of Butler, passed away Tuesday, March 27, at his home. Cremation with private family memorial service is planned for a later date. Memorial contributions are suggested to the Butler Senior Center. Arrangements entrusted to the Mullinax Funeral Home (660-679-0009) in Butler, Missouri. Messages of condolence for the family may be left at www.mulinaxfuneralhome.com.

Bob grew up in foster care from the age of five. Although he was separated from his family of five siblings as a child, he enjoyed a close relationship with them in later years. He graduated from Butler High School in 1952. After high school, Bob served two years in the US Army, then spent the remainder of his adult life in Butler working at the Osage Valley Electric Coop. He retired after 44 years of employment.

After retirement, Bob became active in various community service activities. Among those were Habitat for Humanity, City Council, Butler Planning Commission and others. He was the first chairman of the Neighborhood Pride Committee. He donated many hours of labor, alongside friend Bud Armstrong, refurbishing the old high school gymnasium. For most of his life, Bob was a member of the Reorganized Latter Day Saints church, then attended the Butler Christian Church after Sue’s death, where he sang in the choir.

Bob was a talented man. He had a beautiful singing voice and in his early years brought tears to the eyes of those who heard him sing “The Lord’s Prayer” in church. He enjoyed painting pictures to share with family, built beautiful furniture, had a picture framing business, and the stained glass pieces he made were amazing. His main love was his home and yard, for which he is quite famous around Butler.