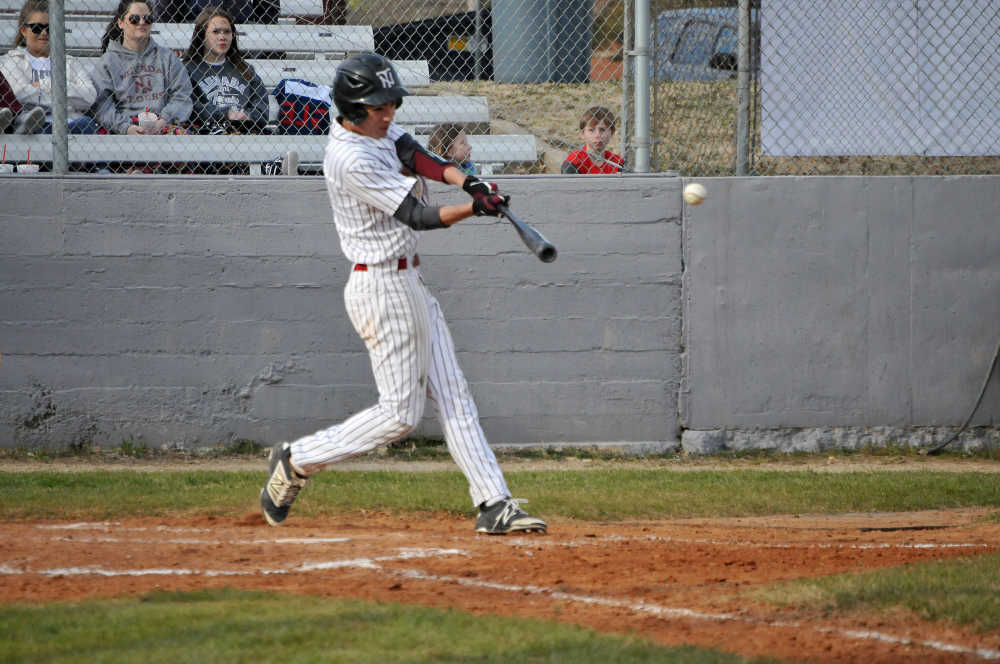 With Nevada senior Jarrett Owen on the mound, the Tigers trailed 1-0 in the top of the first, after Jake Yarnall scored on a throwing error charged to the catcher.

Owen was unable to successfully navigate through the heart of Joplin’s order in the fifth, surrendering a pair of two-out RBI base hits to Grant Jones and Josh Wells — knotting the contest 3-3.

With runners on, Nevada head coach Danny Penn replaced Owen with Harder. The Tigers were unable to minimize the damage, as a Tyler Ledford two-RBI base-knock handed the Eagles a 5-3 advantage.

After trimming Joplin’s lead to 5-4, the Tigers were unable to get any closer, as a two-out error in the sixth proved costly — leading to a Luke Benfield two-run opposite field blast. Benfield’s round-tripper put the Eagles on top by the final 7-4 margin.

For Nevada, starter Owen was charged with the loss, allowing five runs (four earned) over four and two-third innings of work — while Harder yielded two runs, both unearned in relief.

The loss moves Nevada to 3-4 overall, while Joplin improves to 5-8.

“I thought it was a very well-played game,” said Penn on his postgame radio interview with KNEM 1240. “Both teams were throwing well from the mound, and had good at-bats.”

Penn continued: “Just a couple plays that were there to be made, and unfortunately we weren’t able to execute — and ended up hurting us.”

Penn said he was pleased with Owen’s performance on the mound.

“Jarrett threw a heck-of-a game,” he said. “I told him how proud I was of him, and the way he kept his team in it, the way he battled. I think he understands that, but it still hurts to come out on the losing end.”

Nevada travels north for a conference showdown with Smith-Cotton High School, today in Sedalia. The first pitch is slated for 5 p.m. from Liberty Park.

Looking ahead, Nevada is slated to host St. Michael’s Catholic High School on Tuesday. The West Central Conference contest was originally slated for March 26, but was postponed.