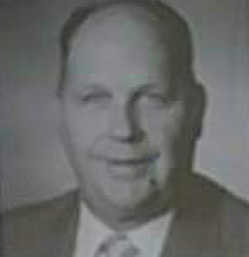 Jim was raised in Kansas City and graduated from Kansas City East High School with the Class of 1951. He married Darlene Skaer Hunter on March 29, 1952. The couple was married over 50 years before Darlene passed away in 2003. Jim later married Rita Armbrust on Oct. 31, 2004. He worked for Sinclair Oil Co from 1953-1962 in Utah and Idaho and then for Montgomery-Ward in Oklahoma City from 1963-1993 retiring after 29.5 years as a national auto service manager. Jim later worked an additional 10 years for the Carrolton School District. In his retirement Jim returned to his boyhood state of Missouri. He was a member of the Hume Methodist Church and was a member of the Masonic Lodge.

Funeral services will be held at 11 a.m. on Wednesday, May 2, at Ferry Funeral Home in Nevada with the Rev. Kay Zimmer officiating. Interment will follow in Pryor Creek Cemetery in Metz. The family will receive friends from 10-11 a.m. prior to the service at the funeral home.

Memorials are suggested in his memory to William Jewell College or Alzheimer’s Association in care of Ferry Funeral Home.