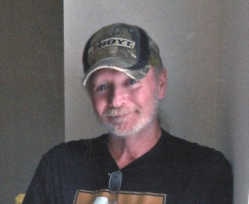 Luther “Leon” Lamb, age 62, of Sheldon, passed away Sunday morning, May 13, at home in Sheldon surrounded by his family. Leon was born Feb. 27, 1956, in Lamar, to Luther and Shirley Cornell Lamb. He was preceded in death by his mother and two grandchildren, Hannah Lamb and Devin Ellifrits.

Leon grew up in Lamar and graduated from Lamar High School with the class of 1974. He went on to further studies to prepare for a career in fire and safety. He served 20 plus years for the Nevada fire department, retiring in 1995. He was very active in the International Association of Fire Fighters and was the founder and charter member of the local 3031 chapter. He was also a lifetime member of the NRA.

Leon is survived by his father, Luther; and his children, Jerod L. Lamb and wife Lisha, of Sheldon, Joshua L. Lamb and wife Abbey, of Sheldon, Lindy S. Slates and husband Reed, of Nevada, and Jeremiah Lamb, of Boonville, Mo.; one brother, Russell and wife Cammy, Neosho, Mo.; 10 grandchildren, Hayden, Carter, Xavier, Zavery, Deborah, Mariam, Logan, Bryce, Aiden and Uric; and two nephews, Rusty and Tyler. There will be a visitation from 4 to 6 p.m. on Wednesday at the Konantz Warden Funeral Home and the funeral service will be Thursday at 2 p.m. at the Sheldon Baptist Church. Jerod Lamb will officiate. Burial will be in the Sheldon Cemetery.