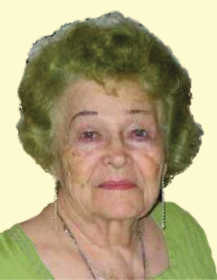 Mary Margaret (Gilmore) Wimer passed away Sept. 7, 2018, at Avalon Care Center in Sonora, Calif., at the age of 95 years. Margaret was born April 5, 1924, in Nevada, Mo., the only child of Lera (Baker) Gilmore and Ulmont Earl Gilmore. She was a 1941 graduate of Nevada High School and worked as a telephone operator for Bell Telephone Company in Nevada, Mo., until her transfer to Sonora, Calif., in 1968. She continued her career there with Pacific Telephone and Telegraph (Pacific Bell) for 25 years until her retirement, having 43 years total service.

Margaret’s first husband, Elmer Harris, was killed in the service in Europe during World War II. She married William C. Wimer on Nov. 8, 1947 in North Kansas City, Mo., and they resided in Nevada, Mo., until they moved to California in 1968. Bill retired from the U.S. Forest Service there and later passed away in 2004. Margaret and Bill had returned to Nevada yearly for vacations. They enjoyed traveling and were avid golfers. Margaret also enjoyed art and drawing. They were members of the Phoenix Lake Golf Course in Sonora, Calif. After Bill’s death, Margaret moved to Jamestown, Calif., (near Sonora).

Margaret is survived by her dear friend, Diana Watson, of Jamestown, Calif.; and a stepniece, Kathleen Artlip, of Hunt, Texas. She outlived most of her friends, but has relatives of the Baker family in Nevada, Mo. Margaret had no children of either marriage.

Interment will be at Newton Burial Park in Nevada, Mo., next to her husband of 57 years, Bill Wimer, and near other members of the Wimer family. No services will be planned. Arrangements are being handled by Terzich & Wilson Funeral Home of Sonora, Calif., and Ferry Funeral Home of Nevada, Mo.