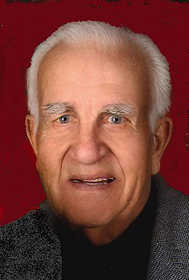 Norman was born and raised in the Harwood area and attended Walker schools. After high school, during World War II, Norman worked in Salina, Kan., in the Production of B-29 Bombers where he test piloted the planes coming off of the assembly line. Norman returned to Nevada and worked for Norman Sheet Metal for a short time before going into the painting business. He began his career as a heavy industrial painter but his career evolved into high quality home interior painting and decorating. He was proud of his work at the Old Nevada City Hall where he installed the mural. Norman attended numerous churches in Walker and Nevada area throughout his life. His memberships included Clintonville Masonic Lodge No. 482 in El Dorado Springs, Scottish Rite, Painter’s Union Local No. 9 in Kansas City, Mo., and BPO Elks No. 564 in Nevada. Norman was an active participant in numerous civic events, parades, and community service events. He had a great sense of civic pride.

Survivors include one son, Gerald Radde and his wife, Lenna, Marrietta, Okla.; four grandchildren, Matt Radde, Sheridan Radde, Kelly McAlister, and Justin McAlister; several great-grandchildren; one brother, Charles Radde, Nevada; numerous nieces and nephews; and “special friends,” Darrell (Doug) Hickman and his wife, Frieda, Milo, Mo. In addition to his wives, he was preceded in death by his parents, and daughter, Linda McAlister.

Memorials are suggested to the Shriners Children’s Hospital in care of Ferry Funeral Home.