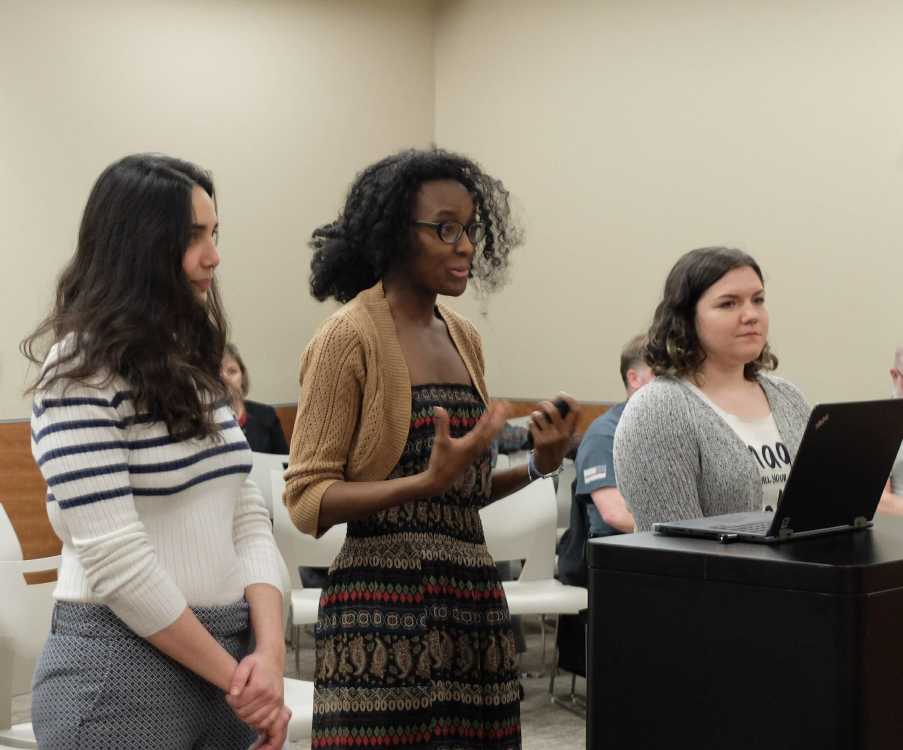 Pastor Chris Deines addressed the council during the public participation segment of the meeting to request the council consider creating a Community Development Commission. Deines briefly discussed the “Creating a Better Nevada” event facilitated by Cottey students and his own initiative last year, Bridges out of Poverty. He described the student event as a “great event where participants discussed problems that need to be addressed and ways to solve those problems.”

Last year, Deines led an initiative called Bridges out of Poverty where some 400 residents of Vernon County and the city of Nevada gathered to talk about ways to overcome different types of poverty. “When I speak of poverty, I speak about the ways in which we have a lack of resources – whether that be financial, mental, social, spiritual or various other things. Over the past year I’ve been asked about the next steps.”

Deines requested the city consider establishment of a Community Development Commission from the previous Youth Advisory Committee. “My hope is that this is a foundation for the next steps for our community and that the council take serious consideration for some kind of committee to look at community development in our city.”

Mayor Leonard responded that he and the city manager would discuss the matter with the city attorney to determine options for replacing or creating a committee.

The students reported a good showing with a group of 45 people in attendance and several different groups represented. The event opened with a commitment to include everyone, listen to understand, find common ground, to discuss conflict with facts and to practice grace.

They explained the event format and findings to the council. Introductions were made and the goals of the meeting were discussed before splitting into smaller groups which were tasked with identifying the top three challenges within the community. Once the challenges were agreed upon, the groups moved on to discuss ways to address the challenges. Small groups reported back to the larger group.

The primary challenges identified by the groups were poverty, physical and mental health, community pride and engagement, leadership and economic development.

According to the students, more than half of those in attendance indicated they would like to be involved in the next steps. They plan to continue to focus on what is good within the community and try to discover how that can be used to address some of the identified issues. They concluded their presentation by thanking the council for listening to their presentation and telling them they hope to be able to create lasting change. The students were applauded by council and patrons.

Classic Cab Owners Smith and Salkil presented options to the council during a public hearing regarding the city’s public transportation program for 2019-2020.

Smith provided the council with his calculations regarding the cost to taxpayers for the program and asked the council to consider raising their prices per ride or to allow the company to take over the program with the exception of the handicapped van.

Salkil discussed the importance of the handicapped van, but doesn’t believe its operation is feasible for the company. “One thing to consider, to me, on those days when you aren’t open or in the evenings, could you consider paying us or allowing us to take those coupons and reimburse us for rides? When you aren’t open, once we get the customer to where they are going they give us a city coupon, which we can’t accept, but they don’t have any way of paying us so we just have to write it off.”

With no further public comments, the hearing was closed and discussion commenced on the ordinance to authorize the application for financial assistance to partially fund the City’s public transportation program.

The mayor said the deadline for application was March 1 and the city manager informed the council that if the city doesn’t have the application in by deadline they would not be funded. He asked if Classic Cab was interested in applying.

Salkil answered that yes, they were, but with the exception of the van. It was agreed that the program administrators at the state would be contacted to find out if the service can be split. They will then follow up with Salkil.

Council proceeded to first reading with Eberhard and Hertzberg voting against the ordinance. Second reading and more discussion is set for the Feb. 19 regular meeting of the council.