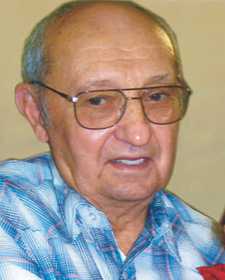 Leslie grew up in Vernon County and attended school in various one room school houses. He farmed, operated a dairy, and raised cattle and hogs throughout his life on his farm east of Walker. Leslie was Baptized in the Berea Christian Church and was a member of the Walker Christian Church. Leslie enjoyed woodworking.

In addition to his wife, Mary, Leslie was preceded in death by three brothers and three sisters.

Funeral services will be held at 1:30 p.m., Wednesday, Feb. 13, at Ferry Funeral Home, in Nevada, with Pastor Norm Conklin officiating. Interment will follow in Newton Burial Park in Nevada. Friends may call from 10 a.m. until the hour of service on Wednesday.

Memorials are suggested in his memory to the Walker Christian Youth Ministries in care of Ferry Funeral Home in Nevada.