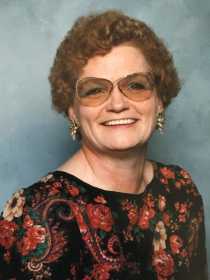 Margaret Evelyn Fitzgerald Anderson, 75, passed away on Saturday, June 8, 2019, in her home in Independence, Mo., from a brief battle with cancer.

Margaret loved her family, friends, cats, dogs (all living creatures really), sewing and a tremendous variety of collections and crafts. She was also an avid collector of plants and flowers. She could grow anything. However, when you asked the name of the plant she would often make up names because she couldn’t remember the real name for them. She was extremely funny, loved to laugh, tell jokes and stories. She was honest and loving would tell you her honest opinion about everything (even if you didn’t ask). She had a very colorful personality that she enjoyed sharing with everyone she came in contact with.

Margaret was a strong believer in her faith and Jesus. She will be sorely missed by her family, friends and the community.

A Celebration of Life will be held for family and friends on Thursday, June 13, at the Gathering Baptist Church, 4505 South Noland Road, Independence, Mo. In lieu of flowers, donations in Margaret’s name can be made to Project Linus at the above church’s address. Project Linus provides new handmade blankets, quilts and afghans to children who are seriously ill, traumatized or otherwise in need.