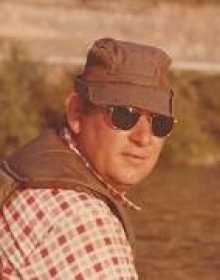 Dean was raised in Vernon County and graduated from Nevada High School Class of 1958. Following high school he served for seven years in the United States Airforce. Upon his return to Nevada Dean worked at the Nevada State Hospital for 30 years until his retirement. He was a member of the Osage Masonic Lodge No. 303 in Nevada, American Legion, and the NRA. Dean was an avid hunter and fisherman. He was a craftsman, known for his bow and knife making, the art of flint-knapping, and for making and repairing guns.

Military funeral honors will begin at 2 p.m., Friday, June 21, with visitation following until 4 p.m., at Ferry Funeral Home in Nevada. In lieu of flowers memorials are suggested to Freedom Defender “Outdoors” for Disabled Veterans in care of Ferry Funeral Home.