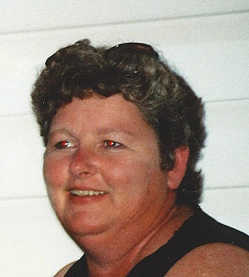 Nancy grew up in the Vernon County area and graduated from Nevada High School in 1975. Following high school, she worked in the kitchen at the State Hospital in Nevada for a time. Nancy spent many years as a homemaker and enjoyed traveling with John for a period of time doing over the road truck driving. She later became a bus driver for the Nevada R-5 School District during the early to middle 1990s. Nancy’s also enjoyed going to the casino, playing cards, and loved being with her family, especially her children and grandchildren.

Graveside services will be held at 11 a.m., Monday, Oct. 7, at Deerfield Cemetery in Deerfield, Mo., with the Rev. Bryan Keith officiating. Friends may call now and until the hour of service at Ferry Funeral Home in Nevada.

In lieu of flowers, memorials are suggested to Deerfield Baptist Church in care of Ferry Funeral Home.