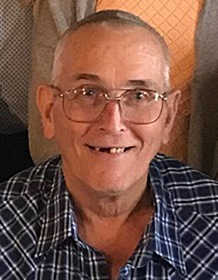 Jerry attended Walker High School and graduated Class of 1964. He was joined in marriage to Glenda (Hulse) Reedy in 1964 in Nevada, Mo., and to this union two children were born; Vicki (Reedy) Gastel and her husband, Leonard of Sheldon, and David Reedy and his wife, Kim of Moundville; three granddaughters, Michaela (Reedy) Walker and her husband, Ryan of Lamar, Erin Reedy, Nevada, and Lindsey Reedy of Moundville; two great-grandchildren, Axton and Adley Walker of Lamar; Jerry has one brother, Thomas Reedy Jr. and his wife, Ginger, of Kidder, Mo.; one sister, Martha Waltrip and her husband, Jim, of Nevada; and numerous nephews, and nieces. He was preceded in death by his wife, Glenda; parents; parents-in-law; and two brothers-in-law.

Jerry found great joy in spending time with his family and always got an extra twinkle in his eyes when he talked about or was around his grandkids and great grandkids.

Jerry spent his life as a life long resident of Vernon county and worked in agriculture and retired from the Bronaugh R-7 school district where he worked as a custodian and a bus driver, he always got great joy from being around the kids at school.

Funeral services will be held at 10 a.m., Saturday, Oct. 5, at Ferry Funeral Home in Nevada with Pastor Tom Rea officiating. Interment will follow in Newton Burial Park in Nevada. The family will receive friends from 5 to 7 p.m., Friday, at the funeral home.

Memorials are suggested in his memory to Bronaugh R-7 School District in care of Ferry Funeral Home in Nevada.