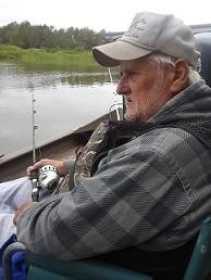 Steven grew up in Kansas City, Kan. At age 17 or 18 he moved to El Dorado Springs and in 1977 moved to Nevada where he has continued to reside. He worked for MKT Railroad in 1967 and retired from MNA Railroad in 2006. He was an avid CB’er, his handle was RR (Railroader), and he was also an avid hunter and fisherman. Steven was a member of the Nevada Eagles.

Memorial services with visitation following will be held at 6 p.m., Friday, Oct. 11, at Ferry Funeral Home, Nevada. Inurnment will be held at the Wright Cemetery in Cedar County, Mo., at a later date.

Contributions made in Steven’s memory to “Giving Fore Living” to promote for Organ Donation in care of Ferry Funeral Home.