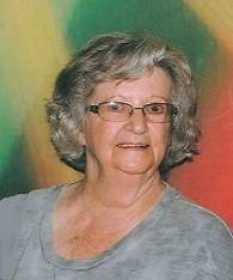 Judy grew up in the Eve community attending Pleasant Valley grade school and graduated from Nevada High School in 1959. She and her husband lived in Nevada initially, moving to Kansas City in 1973 and returning to Nevada in 1980. Judy worked in retail most of her life until the children were grown. She was a member of First Christian Church in Nevada, was past member of the Nevada Jaycee Wives Club serving as Regional Vice President, also a Charter member of the Bushwhacker Squares Square Dance Club, and a longtime member of the Vernon County Historical Society.

Funeral services will be held at 10:30 a.m., Thursday, May 7, at First Christian Church, in Nevada, with Pastor Bill Platt and Pastor Hubert Fox officiating. Interment will follow in Newton Burial Park in Nevada. Friends may call now and until the hour of service at the funeral home.