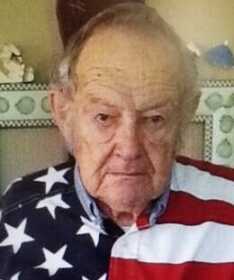 DeVerne Anthony Denning, 84, Nevada, Mo., passed away on Sunday, Jan. 24, 2021, at Nevada Regional Medical Center, in Nevada, following a lengthy illness. DeVerne was born Nov. 22, 1936, in Ellis, Kan., to Anthony C. and Elizabeth C. (Weigel) Denning. He was united in marriage to Connie C. Rooney on February 14, 1961 in Nevada and she survives of the home.

DeVerne was born in Ellis, Kan., and also lived in Hays, Kan., during his teenage years. At the age of 16, following in his father’s footsteps DeVerne began working as a meat cutter, a job that served him well for more than 60 years. While in his early 20’s he came to Nevada (in 1958) and worked at Maxwells, A&P Supermarket, Ramey’s, and eventually retired from Wood’s Grocery in 2016. DeVerene was also a carpenter and enjoyed woodworking. He served in the Missouri National Guard out of Camp Clark in Nevada, retiring after 22 years of service. DeVerne was a 4th Degree Knights of Columbus.

Memorial services will be held at 10 a.m., Friday, Jan. 29, at St. Mary’s Catholic Church in Nevada with Father Peter Savidge officiating. Committal with Military Honors will follow in Mt. Calvary Cemetery in Nevada. Friends may call now and until the hour of service at Ferry Funeral Home in Nevada.