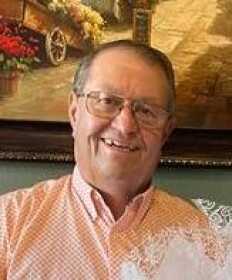 Donnie graduated from Nevada High School in 1973 and has been a resident of Vernon County all of his life. He was a self-employed cattleman with memberships in the Vernon County Cattleman’s Association, and in both the Missouri and American Charolais Association. He served on the Board of Directors of Missouri Charolais Association, Advisory Board for Missouri Cattleman’s Association, and the Missouri State Fair Livestock Building Committee. In addition, he was a sponsor of the American Royal, and an avid supporter of the Vernon County Youth Fair. Donnie was a member of the Elks No. 564 in Nevada. He played fast pitch softball in Nevada for a number years, and also enjoyed golfing with his buddies. During his youth, he was a member of the Moundville Methodist Church.

Memorials are suggested in his memory to the Vernon County Youth Fair or St. Jude Children’s Hospital in care of Ferry Funeral Home.

There are some people in life that make you laugh a little louder and smile a little bigger.