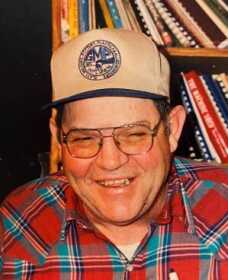 After graduating from Bronaugh (Mo.) High School in 1961, Galen worked various jobs in Kansas City, and Cordova, Ill., eventually moving back to Bronaugh. Shortly thereafter, he began working for Crane Plumbing in several different capacities, before becoming a fitter/packer. He was known company wide for his toilet tank packing speed! He retired after an injury, putting in 30 years and 14 days.

Galen had many talents, but he loved working with wood the most. He and Becky spent many hours in their woodshop, creating heirloom items for family, friends, and craft shows. For a few years, they did up to 20 craft shows a year selling the wooden items. He taught many Vernon County 4-H members the art of woodworking, with a constant focus on safety.

Galen was a 4-H leader, project leader, chaperone, and volunteer for many years. He was honored with several 4-H leader awards and induction into the Missouri 4-H Hall of Fame in 2008. One of the proudest parts of his 4-H involvement was being instrumental in the building of the Pop Shack at the Vernon County Fairgrounds. That was his baby! For many years during the fair, it seemed like he all but lived at the Pop Shack. He loved that week of the year, beaming with pride for all of his 4-H kids and their ribbons, honors, and awards. He made many friends during fair time and even had a standing Friday night date!

On April 19, 1986, Galen married Rebecca Sue Arnold after a six-week courtship. He brought three sons into their marriage; Larry, Jim, and John. They were blessed with a fourth son, Blake, in 1988. He loved his boys and oh, the stories they can share about their dad!

He was preceded in death by his parents, Clifford and Frances; four brothers John William (Bill), Clifford Maynard, Francis LeRoy, and Truman Wayne.

Galen was a longtime member of the Freemasonry Grand Lodge of Erie, Ill., and Order of the Eastern Star. In 2020, Galen received his 50 year pins for both Orders.

Memorial contributions to the Vernon County Youth Fair may be made in care of Ferry Funeral Home.