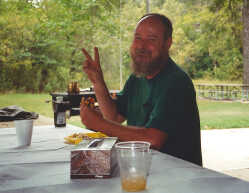 Kevin attended school in Walker and Nevada High School. He spent a brief stint in the United States Marines before being Honorably Discharged due to an injury. During his life, Kevin worked at various jobs including farm machinery mechanic, farming, automobile mechanic, commercial painting, and construction, living wherever his job took him. In his youth, Kevin was heavily involved in 4-H where he showed livestock. He also served as President of West Point 4-H.

He is survived by one son, Hise Williams, Rogers, Ark.; one sister, Karla Ervin (Reuben), El Dorado Springs, Mo.; two brothers, Stacy Williams, Cortez, Colo., and Brett Williams (Alice), Nevada, Mo.; and numerous nieces and nephews. He was preceded in death by his parents; and one sister, Bobbi Jones.