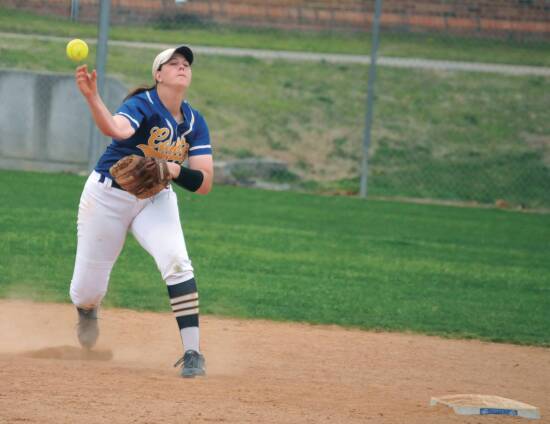 After dropping the opener 5-2 and trailing by one in the bottom of the seventh of the nightcap, Aryana Palencia — who hit a two-run homer earlier in the game — led off with a double, only to tie the game on a Kristen Hurst double. Alyssa Montoya then walked it off with a game-winning single to score Hurst.

In game one, Lacey Cruz, two-time recipient of A.I.I. Pitcher of the Week honors this season, allowed 10 hits, including two solo home runs.

Avila struck first in the top of the third inning, scoring from third base on a throw down that skipped to the fence, then from second base on an infield single.

Cottey quickly tied it up in the bottom half of the inning, when Lindsey Boord led off with a bloop single, Kasey Reynolds hit one up the middle, and Montoya drove them both in with a triple to right field.

That would be all the Comet offense could muster against Avila senior ace Madison McKinney — despite Cottey head coach Mark Skapin often tipping off his hitters when McKinney's change-ups were coming.

McKinney finished the day with 12 strikeouts and did not allow a baserunner in the final four innings.

The Eagles (12-10) regained the lead in the fifth with an RBI double by Cierra McGee, only to extend it with the solo shots by Emily Walton and Mia Moreno in the sixth and seventh, respectively.

The Comets (15-5) will next host Bacone College Thursday afternoon.