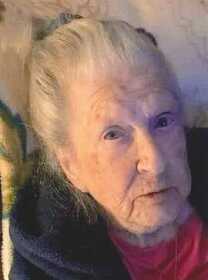 Anna grew up in Arkansas. At age 10 she moved with her family to Long Beach, Calif. Following retirement, she came back to Nevada in 1990. Anna was a member of the Eagles Lodge in Nevada.

Funeral services will be held at 10:30 a.m., Friday, April 9, at Ferry Funeral Home, in Nevada. Interment will follow in Newton Burial Park in Nevada. The family will receive friends from 7:30 to 8:30 p.m., Thursday, at the funeral home.

Memorials are suggested to the American Heart Association in care of Ferry Funeral Home.